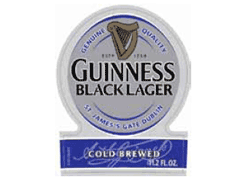 Find refreshment where you expect it least.

This was part of a new business pitch.  I was the third person in a traditional creative team.  We developed several campaigns. All of these campaigns centered around real events that would play out across social media.

LAUNCH IDEA: IRELAND’S FIRST ROOFLESS PUB
Guinness Stout has a long and legendary history of being enjoyed in dark Irish pubs. To prove to the world that new Black Lager is the first Guinness that’s refreshing enough to enjoy outside on a warm, sunny day, we will go to Ireland and actually remove the roof of a traditional Irish pub.
We will see thick wool sweaters being removed, sunscreen being generously applied, and cold bottles of Black Lager being thoroughly enjoyed.
After all, drinking is believing.

PHASE ONE TEASER: THE MOST UNUSUAL PUB IN IRELAND
The campaign launches with a teaser campaign designed to maximize the power of social media.
We will create a Facebook Fan page planting the seed that the most unusual pub in Ireland will be unveiled by Guinness on August 31. Entertaining banners and videos will begin to appear on other targeted Facebook fan pages, including Ireland, Beer, Guinness, U2, Summer and more.
This will give us an immediate audience of more than 20 million. Once people become fans of our page, they will periodically be sent intriguing teasers leading up to the actual event. These can be shared with friends, expanding our audience even further. We could also do a sweepstakes, offering a free trip to the event in Ireland.

A series of large web virals would be shared:

All building up to the larger reveal:  AFTER AUGUST 31, IRELAND WILL NEVER BE THE SAME.

PHASE TWO: THE ROOF COMES OFF, COURTESY OF GUINNESS BLACK LAGER
On August 31, we will go to Ireland and actually film the roof of a real Irish pub being lifted off by a crane. After all, what better way to prove to the world that Guinness Black Lager is refreshing enough to drink outside on a warm, sunny day?
We will see the sunlight streaming in. We will see the locals peeling off their thick wool sweaters and happily sampling cold bottles of Black Lager. We will see SPF 80 being generously applied to freckled Irish faces. We will interview the patrons.
From this charming footage, we will create a long-format film that tells the story of Ireland’s first roofless pub and the refreshing new lager that inspired it. This will live on our fan page, on YouTube and in cinema.
We will edit :30 and :15 TV commercials for specific markets.
Our fan page now becomes clearly sponsored by Guinness Black Lager.
We will create outdoor, transit and radio reminding people how refreshing Guinness Black Lager is.
We will create in-bar and in-liquor store messaging encouraging trial.
The takeaway will be charming and believable—now there’s a refreshing new lager from Guinness that can go where Guinness has never gone before.

PHASE THREE: PORTABLE “ROOFLESS TASTE-TESTING PUBS” IN AMERICA
What better way to encourage trial of Guinness Black Lager than by setting up portable “roofless taste-testing pubs” in parks in major U.S. cities (New York, Chicago, Phoenix, Boston, L.A.)?
They will look like full-scale, authentic pub exteriors—but with no roofs. Consumers will be invited in to taste the new beer on warm, sunny days.
After all, drinking is believing.

PHASE FOUR: HOW SHOULD WE REPLACE THE ROOF? YOU TELL US
Now, we need to create a new roof that’s unique to Guinness Black Lager. We will give the fans options, and let them submit ideas and vote on the most appropriate roof. Is it a “retractable” thatched roof like a sports stadium? Is it glass? Give us your most Guinness-inspired ideas.